HomeNBATeam USA had a $1 Million 'DUNK BOUNTY' on YAO MING during...
NBA 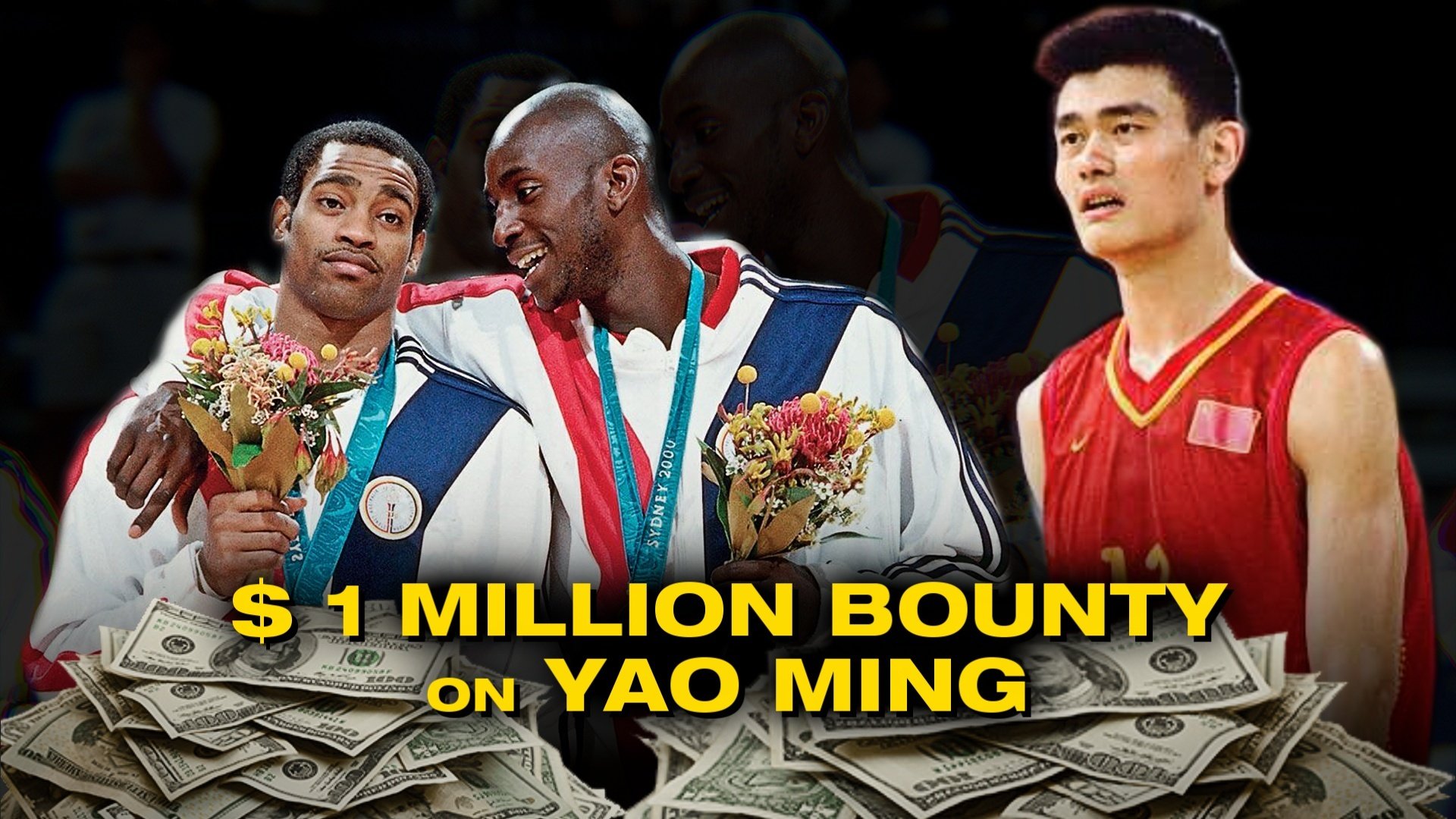 During an interview with Yahoo Sports’ Alex Wong, Kevin Garnett revealed the idea of there was a $1 million dunk ‘bounty’ on Yao Ming in 2000 Summer Olympics.

Wong asked Vince Carter’s dunk over Frederic Weis at the 2000 Olympics. But Garnett remembered the idea of Yao being the ultimate target. And he said: “First of all, people didn’t know, we had a bounty out on Yao Ming. The whole USA team had a bet. We had a million-dollar bet on who was going to be the first person to dunk on Yao Ming. None of us did. We all tried to dunk on Yao, but he would block it or we would miss. So, the first thing I thought of when I saw Vince dunk over Frederic was oh shit, you won the million dollars. But then I realized it obviously wasn’t Yao. I pushed Vince, and if you look at the clip, he almost punches me in the face by accident. But my first thought was, oh shit, you won, you got the million.”

Right after the VC’s dunk over Weiss, he celebrates the dunk insanely. Yes, he’s a legendary post-dunk celebrator but, the reason behind was the million dollars in cash. Well, Carter is the best dunker ever so, he really deserved that cash for making one of the most memorable dunks in the history of the sport.

Yes. People didn’t know that Team USA had a bounty on Yao Ming and he was 2 years away from playing his first game for the NBA at that time. However, Yao was playing in his first Olympics for the Chinese national team, and his 7-foot-6 frame apparently caught NBA markets’ attention.

When Yao was playing in the NBA, he got dunked on couple times but none of them were legendary unforgettable poster dunks. Kobe’s dunk in 2003 from the baseline and most likely a “dunk by”.

Yao had only one weakness in his career. And it was the injuries. He was just too big. His body, especially his legs and feet, just couldn’t keep going through NBA seasons and playing with the Chinese team in the summer. None of his injuries ever healed properly either because he was rushed back by the Chinese basketball federation. If only China would’ve realized that Yao could’ve done so much more for his country if he’d been allowed to play only in the NBA. The Chinese national team certainly wasn’t bad but never had a chance at winning any serious tournament. I wish they’d let him do his own thing.

He was an incredibly skilled player who was unstoppable in the paint but could also step out and hit shots from midrange. He’d make Shaq look small with facing him up at the post. Terrific foul shooter. Great basketball IQ for sure. He knew the game of basketball. He had a really good work ethic to learn the game of basketball fundamentally.

Probably one of the few last generations of big men with such a huge range of offensive skill sets, from the post to the mid-range.

The poster-dunk. A crime commitment. And in crime situations, there is plenty of attention to detail. Who’s the dunker? Who’s getting dunked on?
Is there a backstory? something at stake like rivalry or vengeance? The angle of yam, the vertical, level of disrespect, post-dunk reactions…

There are too many factors that make a poster dunk decent to the legendary.

We never saw the best of the best. It could’ve been against a 7-foot-6 basketball Hall of Famer Yao Ming.

By the way, Vince Carter is still playing in the NBA at the age of 42. He can receive a million dollar in cash for every poster dunk at that age. He’s the real Uncle Drew for sure.

Stories you might like: YAO MING Blocks SHAQ’s First 3 Shots Then O’NEAL Gets Angry In The First Meeting , NUGGETS VS KNICKS BRAWL IN 2006: NBA’S LAST MAJOR INCIDENT