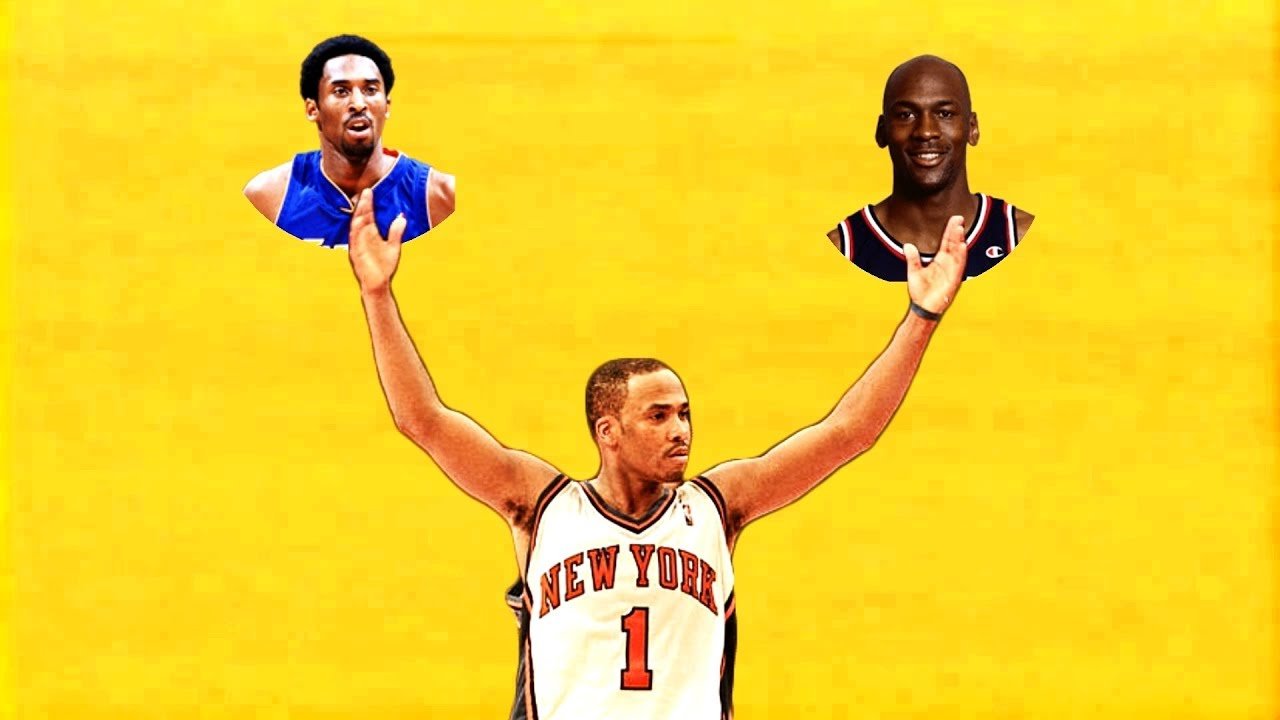 The only person in the history of NBA who stand against two of the GOATS.

Two pieced “THE AIR” and almost punched “The AIR”

He grew up in California and he sounds like rapper Nas when he talks. The man liked to golf and played baseball more than basketball when he grow up. He lettered from baseball, football, basketball and track. And he thought he was becoming a baseball player.

Growing up in California but played in Boise State before the NBA.

Anyway, back to the real story.

First, it was December 1997: During the absent of Scottie Pippen, Michael Jordan was trying to carry the Bulls for his 6th title run. It was like a normal basketball game even though opponent was The New York Knicks.

The only time they revealed any fight, there were 2 minutes 57 seconds left in the game. Childs took exception to what he believed was a cheap elbow to the back of his neck from Jordan when the two were jostling beneath the basket. Childs turned and fired the ball into Jordan’s stomach. A double technical foul was called, and Childs was ejected because it was his second technical of the game.

Jordan said Childs had leveled him before the elbow. So much was made of the skirmish after the game. Video of the incident was rolled again and again in the Knicks’ locker room. Starks said it was the kind of thing you know ”Jordan gets away with.” And yet, it was an inconsequential moment in a very lukewarm effort by the Knicks.

And of course the most famous one, April 2000: Kobes fourth season. Childs is a native of Los Angeles. It was the afternoon Childs got fed up with Bryant’s off-the-ball shenanigans. According to replays, with Childs defending, Bryant threw a forearm up high away from the ball. Childs went into Bryant’s face, head-butted him in the chin and unleashed a right-left combination that connected with Bryant’s face.

Even Shaq said he was embarrassed to see Kobe getting punched in the face on live tv.

He was a young player at the time. He had to challenge someone. I happened to be that guy.

A couple of times going around screens, I played tight defense, its physical down there and he hit me with an elbow. I’m fine with that, but don’t do it above the shoulders.

Childs said he asked the officials: Are you going to do anything about this? They put their hands up: “What you want me to do?”

No problem, I’ll take care of that. I said: Young fella, do that again, there’s going to be a problem. [Kobe said]: What are you going to do?

We go around the pick and he hit me again. By that time, enough is enough. I’m back home. This young guy is trying me. I walk up to him if you watch it, he hits me with a little shoulder. He’s 6-6. I’m 6-3 at the time. I got to get him off of me. I give him a little head nudge. From that point on, it’s game on. I took a few boxing lessons. I know how to defend myself.

When I hit him, I didn’t want to hurt him. I knew he was an up-and-coming guy. I remember back in the day watching Kermit Washington hit Rudy T [with an infamous punch during a game in 1977]. I didn’t want to get that label of hurting a guys career. So I just happened to tap him and let him know you’re trying the wrong guy.

These two incidents are lifetime ban in today’s NBA.