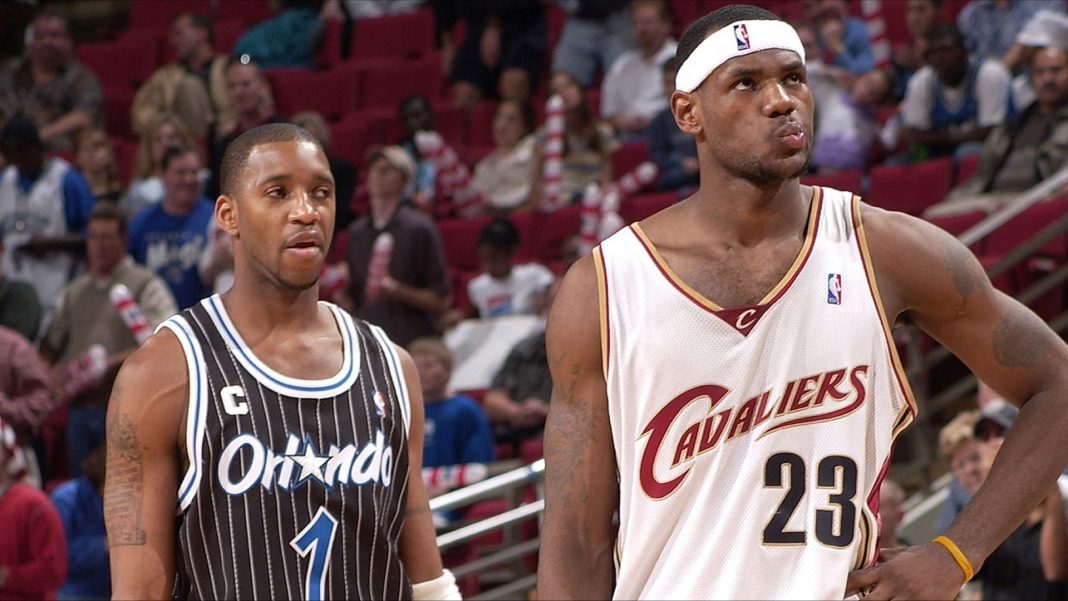 When Tracy McGrady got the best of LeBron James: Two of the dazzling NBA superstars, the sensational rookie and scoring champion, jumped to the NBA directly from high school. And both matched point for point on 2003 Christmas Day when Cleveland Cavaliers visited Orlando Magic. T-Mac led his team with 41 points, and rookie LBJ had 34. Two players showed that night why the NBA wanted to showcase teams losing records on national television on Christmas.

T-Mac was in awe of LBJ’s performance as a rookie, said in the post-game interview: “He’s not 18. It can’t possibly be. If he continues to work hard and stay hungry, it can be ugly. It’s scary how good he can be. You just look at him. The poise that he has out there on the basketball court, the confidence. He has that swagger.”

3x All-Star (at that time) T-Mac, at age 24, was conceded that he drew extra motivation from the first meeting with LBJ, “Absolutely it’s Christmas. I’d like to be home with my family, but it’s my job to come out and perform. And when you have a guy like LeBron coming into town with all the hype around him, everybody is going to be tuned in.”

At that young age, LeBron James was a phenomenon. His jersey was the NBA’s biggest-seller. Nike sold one-third of its stock of LeBron shoes on the first that they were released. He was excelling at point guard in the NBA. Yes, later he became a small forward that we know.