Home NBA Tracy McGrady Was Very Close to Being Traded for Scottie Pippen on... 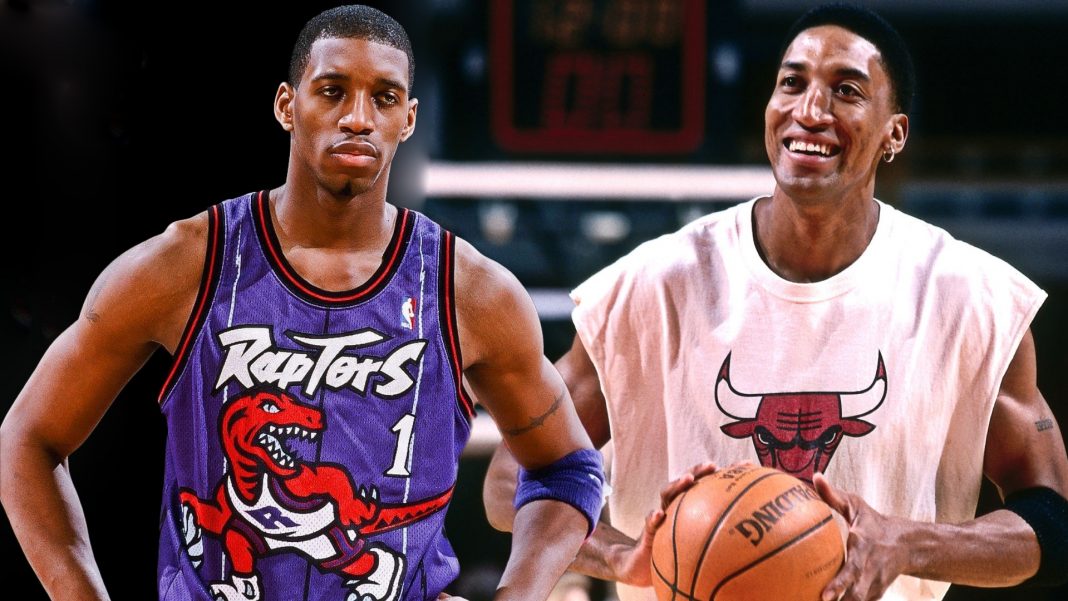 In 1991, Scottie Pippen signed his $18 million worth long term deal. With the help of 1992 Dream Team, basketball became a global sport. Rookies were getting paid two-three times more than Pip. When the time came to 1996 summer, Pippen was incredibly underpaid (2.7 million a year) listed as 6th player in Bulls salary list.

Everyone knew Bulls were on a two-year plan in 1996. Michael Jordan was likely around for two years, Dennis Rodman had a two-year deal, Bulls GM Jerry Krause could let go Pippen’s contract without having to give him a major deal.

Jerry Krause alienated Pippen. Prolonged contract battles and personality clashes caused communication rifts between both. Scottie demanded trades almost every year. But Jordan postponed it every summer with battling for Pippen. In 1997, Jordan and the Bulls front office have fought each other and Jordan won. MJ prevented Scottie Pippen being traded to Boston Celtics because he didn’t want to see his team get dismantled while he was still the best player in the game.

What was the Boston Celtics trade deal? [Instead of Raptors, Rick Pitino’s Celtics drafts Tracy McGrady, sends him to Chicago Bulls for Pippen] The deal could’ve been Jerry Krause’s boldest move ever. In the last hours of 1997 draft night, T-Mac flew to Chicago, got a physical test. Teenager McGrady was very close to being traded for Scottie Pippen on draft night.

“He was very serious about trying to get me in that draft night.” T-Mac recalls the moment.

Gone Fishin’: How One Comment by T-Mac Lead to a Catastrophe