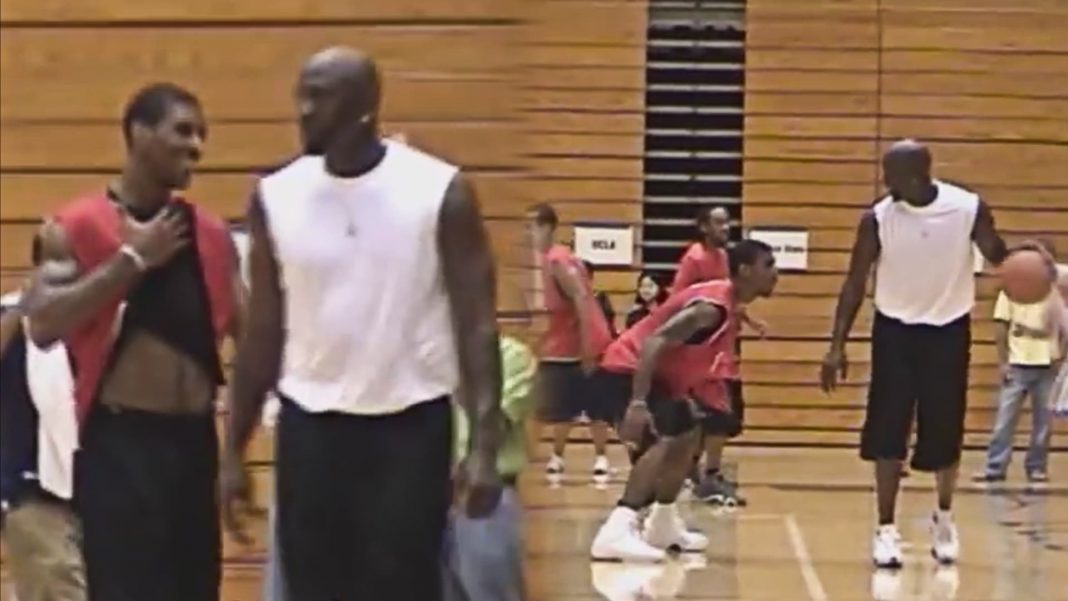 Everyone in the NBA grew up a Michael Jordan fan. O.J. Mayo was one of them. He had Chicago Bulls sweats, shirts, and jerseys that he used to wear. The No. 3 pick in the 2008 NBA draft, now at age 33, he’s away from home, playing in the Chinese Basketball League for Liaoning Flying Leopards.

Mayo was one of the participants of Michael Jordan’s famous summer basketball camps called “Flight School.” He was the only high school player at the camp – mainly the freshmen in college – and this 11th grader not only participated but talked smack to Jordan at his own turf.

Michael came on the court and guarded the high school kid, thinking Mayo was not the strong link of the camp. Mayo got a few buckets and the campers knew he was the only high school kid. They got rowdy and a bit of jawing in two games during the camp. Jordan split Mayo one-on-one and said, “Alright, let me handle my business.” He looked the kid in the face and said, “I NEED ALL THE CAMERAS, EVERYBODY TO LEAVE. LET’S CLEAR THE GYM!”

“From that point on, it was personal” with MJ’s rhetorics. Majo and MJ continued playing pickup, jawing, getting into kid defensively, backing him down, hit the famous fadeaway on him and saying, “You better scream for Mama!”

“Hey young fella, let me tell you something. you may be the best high school player in the world, but I’m the greatest ever. Don’t you ever disrespect a great like that!”

When you’re a young buck and you get a chance to play against an all time great, you need a mentality like Mayo had as a 11th grader.