Home NBA 50 Year Old Wilt Chamberlain Was Once Offered $362K By The Nets... 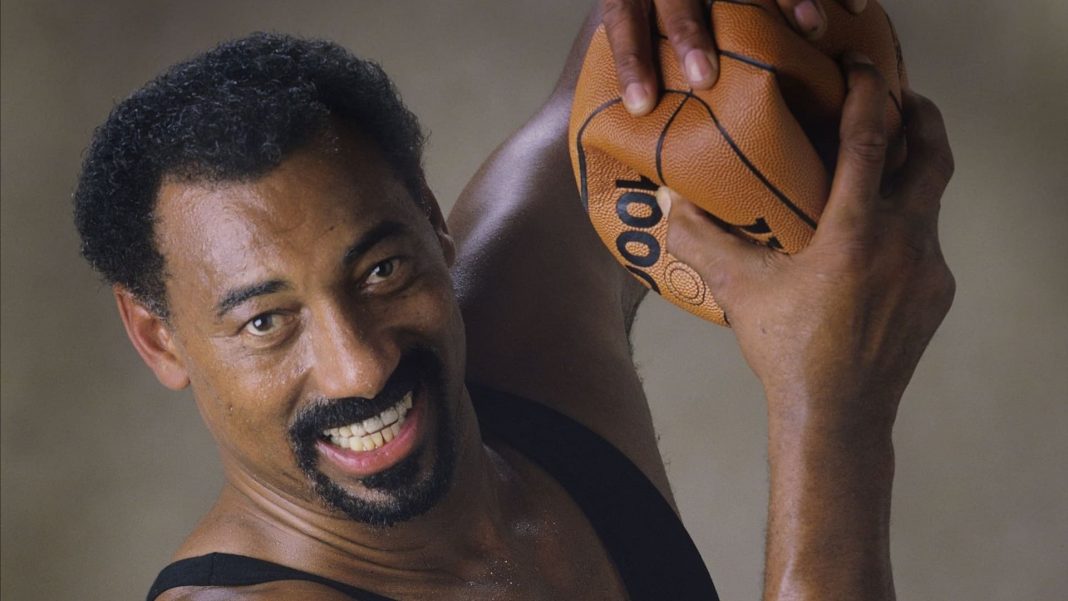 The ultimate legendary story that really stood out in Wilt’s post-career was in 1986. Wilt has been retired for nearly 13 years now. He was 50 years old at the time, and the New Jersey Nets were actually going to offer him a contract for the last few games of their season and postseason. The Nets offered Chamberlain $362,000 to come and play. How crazy is that? A man who has been out of professional sports for 13 seasons got an offer to play in the playoffs. Wilt was in supreme shape, he even said he was leaner at 50 than he was in his 30’s. Although Wilt could have easily joined the Nets, made some extra cash, and may have made a few plays for them. He looked at this offer as more of a gimmick than an actual signing. The Pride of Chamberlain kicked in, “I did not consider it all”, “It sounded like a ploy… a joke”. In this LA Times article, He continued to explain why he rejected the offer “I respect pro basketball players too much to think I could go out and be competitive… You don’t take a guy and throw him out there”. The offer just showed the impact of Wilt in basketball. The guy had stories and quotes for days. Wilt was truly the GOAT urban legend of the sport.

The Man, The Myth, The Legend (Literally) … Wilt Chamberlain

I don’t think there is one player in NBA History with more crazy stories, urban legends, and mystical anecdotes than Hall Of Famer Wilt “The Stilt” Chamberlain. Yes, there were tons of infamous Jordan stories, Magic stories, and Bird Stories, but none of them seem to be as methodical as the one and only Wilt. From his collegiate Days at Kansas, he was an absolute force to be reckoned with. Imagine Shaq or Giannis playing in 1955, he was a nightmare that no one had any type of answer for. In his two years at Kansas Chamberlain averaged 29.9 points per game and 18.3 rebounds per game. Sheesh. The near 30/20 average still stands as Kansas’ school record for most points and rebounds per contest.

Since the NBA rules did not allow Wilt to come into the Draft until his Senior Season, Wilt decided to take his skills and freakish size to the “World Famous” Harlem Globetrotters. It seemed to be a perfect fit, Wilt showcasing his brute strength and what he can do with the basketball, while also being a must-see show at any venue.

After a year with the Globetrotters, the Aura of Wilt continued to the NBA. The Philadelphia Warriors signed Wilt for $30,000 dollars making him the highest-paid player in the league, in his rookie season! Players such as Bob Cousy, a champion and proven veteran were making somewhere around $25,000. In his debut game against the rival New York Knicks, Wilt shocked the basketball world by dropping an eye-popping 43 points and 28 rebounds. Remember this is Chamberlain going against grown men not freshmen and sophomores in the NCAA. For many, a 43 point-28 rebound game is a career-high and historic night. Not for “The Big Dipper” in his third ever game Wilt snagged 40 rebounds to go along with 41 points. Insane yes, surprising for Wilt? Not at all. This was business as usual for the ever so dominant big man.

That was just a sample of the Legends ROOKIE year. With all the accolades, championships, MVP’s, etc. Wilt is most famous for his NBA Record 100 Point Game. On March 2nd, 1962, Wilt accomplished something that to do this day still seems unreal. Chamberlain put up 100 points and 25 rebounds. As a basketball fan, ever since I was a Kid I always have associated Wilt with 100 points. Urban legend has it that Chamberlains coach Frank McGuire told his team, “let’s get the ball to ‘Dip and see how many he can score”. The funny thing about this game was that once Wilt hit the century mark, there were still 40 seconds left but due to the court celebration and the fans going crazy over Chamberlain, referees called the game as it was. Now the coincidence and controversy about this game were due to the viewers who were not spectating at Hershey Sports Arena in Philly. The game happened was not televised, no video footage at all. The only record of this game were the few audio recordings of the fourth quarter and the famous picture of Wilt holding the sign that read “100”. Interesting… Yet the Legend of Wilt Continued!

After his illustrious career with the Warriors and the Los Angeles Lakers, Wilt became a businessman, a successful one at that, investing in real estate, stocks, and venues. He also went to Hollywood and pursued an acting career with his big personality. Wilt was also an amazing storyteller, raving about his younger self to athletes of all sports. Wilt Claimed he can bench 500 pounds, he had a 46 inch vertical and could run faster than most NFL wide receivers. He always said that with the shape he was at in his post-career, he could still ball out and dominate. Now look, at this point, there was no doubting Wilt Chamberlain even in his later years. A prime example of this was in the mid-’80s, during the “Showtime Era” in LA, Magic Johnson at his peak invited Laker Legend Wilt over to help organize pick-up games at UCLA. Near the end of the run, UCLA coach at the time Larry Brown put together teams, Magic had his guys with Worthy,

Byron Scott, and Bernard King. Wilt was on the opposing team with a few UCLA Freshmen. Now how do you guys think this game ended up? Lopsided? Blow-out? Unfair? Prime Magic and his teammates going against retired Wilt and four 19-year old kids. The game came down to its last possessions. At game point Magic attempted a hook shot that was swatted away by Chamberlain, Magic tried calling goaltending to take the lead. Wilt took it as a battle challenge, Brown recalled. “Wilt was pissed off… took this as a personal issue” Brown mentioned, He (Chamberlain) exclaimed “There will be no more Layups in this gym”, lo and behold, Wilt was blocking shots left and right and ended up winning the game. Magic then proceeded to pack his stuff and left the gym heated.

With as dominant as Wilt was back in the day, I truly believe he would be somewhat as dominant in today’s game. With his size, speed, and strength he would be one of the top big men. What do you guys think?